Run for Fun
Michelle Kwanzleberry is a famous figure skater and the official coach of the Wuzzolympic Games. She is the Wow! Wow! Wubbzy! version of Michelle Kwan, a two-time Olympic medalist and figure skater who retired in 2006.

While coaching, she is shown to take a great interest in those competing in the games and tries to pass her knowledge onto them through advice. "Prepare, practice and have fun!". She is later shown to believe that enjoying yourself is the most important aspect of competing the games. Her experience is evident when Daizy, who followed her advice, won the Wuzzleburg Wacky Dash.

Michelle has pink skin and black hair tied on the back in a small bun. Her hair color is identical to her real life counterpart, and she has long black eyelashes like many females in this series. and is always wearing skates. Her attire consists of a white and yellow themed skating uniform with a skirt.

Michelle Kwanzleberry's only appearance was in "Run for Fun". In this episode, she plays a relatively major role as her advice results in Daizy winning. This is also evident when those who choose not to follow it lost. 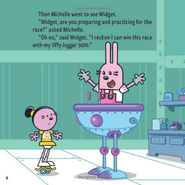 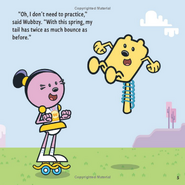 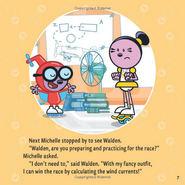 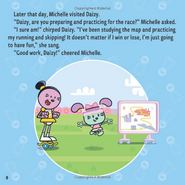 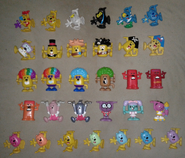 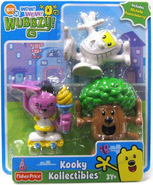