Kooky Kostume Kreator is one of the six games that's playable on the Wubb Games website. However, this can't be played without a Wubb Code. Enter either STACKY22, DISCO49, DIGIWUB9, or WACKY88 to unlock it.

There is also a mobile version of this game released by two developers.

This game can also be played from the A Little Help From My Friends DVD bonus features. It can only be accessed on the computer.

The player must create a kooky uniform for Wubbzy.

Mouse click to select the costume parts, turn the pages, and change the background.

To make Wubbzy wear something, click on the costume pieces on the left to select it, then click on Wubbzy to have him put it on. There are six pages of costume parts to select from. Take note that putting on new ones will replace the old ones, depending on where he's wearing them. Putting on almost any of them will play a wacky sound. A few of which will also make a wacky effect. Wubbzy always stays in one static pose, besides having different facial expressions to wear.

Click on the numbers below to change the background. "1" is the sunny plains, "2" is the desert, and "3" is on an island.

In the version by Cupcake Digital, you must drag costume articles to Wubbzy and tap on buttons with your finger. The most notable differences are as follows from the Wubb Games version:

Kooky Kostume Kreator can also be played on the computer from the bonus features of the DVD, A Little Help From My Friends.

This version is the same as the Wubb Games version, but has two differences:

Don't Lie plays throughout the game.

The Wubb Games version can now be played here: https://www.deviantart.com/hudsun28studios/art/Wow-Wow-Wubbzy-Kooky-Kostume-Kreator-784981044 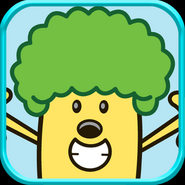 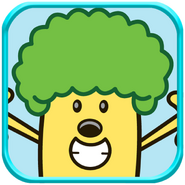 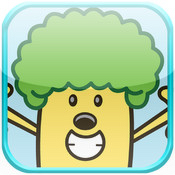 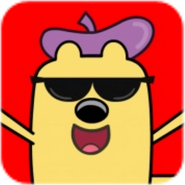 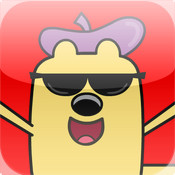 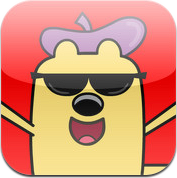