This Electronic Handheld Game is an LCD Wow! Wow! Wubbzy! video game that includes 3 games, made by Zizzle.

While playing with it, Wubbzy loses his Kickety-Kick Ball and must find it again.

Wubbzy races against Walden in the Road Racer Rally.

Wubbzy and Daizy must look for house parts around Wuzzleburg to help Widget build her house.

Zizzle made many franchise-based LCD games for young players. Almost all of them have no name other than "Electronic Handheld Game" and their franchise name. These games often contained more than one game and the handhelds had designs that were very similar to each other.

After turning the handheld on, you'll appear on the selection screen for game 1, and Wubbzy will say "Wow!" and then "Press the orange button." which will start the game. The green and start buttons will also start it.

The handheld will turn off after being idle for three minutes. However, it will never turn off while paused.

Upon starting this game, a cutscene of Wubbzy with his kickety-kick ball will play. In the cutscene, he kicks the ball so hard, it goes far and out of site from him. He sets out to find it and tells the player to press the orange button.

Wubbzy runs to the right and must jump over rocks, log piles and birds. Pressing the orange button will make you run two paces, and pressing the green button will make you jump forward a pace. The rocks, logs and birds appear three paces in front of Wubbzy. When they appear right in front of him, that's when you jump. When the rocks and logs are two or three paces ahead of him, pressing the run button once will put the next one in front of him to jump over. The birds move forward on their own from pace to pace at the same speed, even while you're running, and requires timing to jump over. The birds don't appear at the same time with the rocks or logs in front of Wubbzy. Somewhere in the middle of your playthrough, you'll stay in the air, from jumping, for a shorter period of time; and the birds will fly a little faster. When you run into an obstacle or when a bird flies into you, you'll get hurt and lose a heart. Lose all eight hearts and the game is over. Despite running into an obstacle and getting hurt, you'll still walk through them. When you're hurt, you don't get invincibility time even though you're blinking.

You will win when you find the kick ball. Wubbzy will jump on it and tell you to try again. He'll then tell you to press the orange button which will make you play again. This will also work with the green and start buttons.

Playing again, the cutscene will replay and the game is harder. The birds will appear with the rocks and logs to jump over, which can be done together in one jump. There will also be more than one bird or obstacle at a time in front of Wubbzy. The harder game has no training portion. After you beat it, you can replay it again, and it will keep repeating. You will always start with eight hearts. Lose all of them and you will go back to playing in normal mode.

Wubbzy and Walden are in their Wubbmobiles on the racetrack and the counter goes down from 3 to 1. After the countdown, they'll start driving and Walden will get a head start.

The track has banana bunches, water puddles; and barricades, placed on the sides, to avoid. Hitting them will stop you for a few seconds. Pressing the orange button will move you left, and the green button moves you right. Wubbzy is able to drive on the left, middle or right thirds of the screen. There are curved turns on the track which will move you one way depending on which way they go. There are three laps in the game, but the obstacles and curves are randomized instead of repeated for each one. The longer you drive without hitting an obstacle, the faster you'll go. Once you harmlessly drive far enough, you'll catch up to and get ahead of Walden. Walden will get back ahead if you hit an obstacle.

The training portion of the game is entirely on the first lap. The whole time, you won't get stopped by the obstacles and instead, Wubbzy will dodge them for you. He will still tell you to press the orange or green button when you're approaching them. You also won't speed up.

When you're ahead of Walden after the last lap, you'll win. Wubbzy will then tell you to press the orange button which will make you play again. This will also work with the green and start buttons.

Playing again, the game is harder. There is no training portion in the first lap, and you might start with a banana bunch in front of you and is impossible to dodge. After you beat it, you can replay it again, and it will keep repeating. Lose to Walden and you will go back to playing in normal mode.

Widget is building a house, and Wubbzy and Daizy need to look for the parts so she can create it. There are six parts to find: The door, windows, walls, roof, mailbox, and fence.

This game has the exact same gameplay as Game 1. The controls, mechanics and obstacles are all the same. The differences are that the game plays faster even right off the bat, you cannot run through the obstacles and will keep hurting you until you jump over them, there are six rounds which are all short, you play as Daizy every other round and run the other way; and instead of health, you have a timer. You're given five minutes to find all six parts. When you get hit by an obstacle or bird, you lose ten seconds. You will lose the game when you run out of time. Wubbzy will tell you which part to find in each round. The order of each part is different each time you play.

The training portion is also the same and lasts for only the first four jumps. You are also allowed to jump freely.

You will win once you find all of the parts. Wubbzy will join Daizy onscreen and jump on his kickety-kick ball. He'll tell you to try again, then press the orange button which will make you play again. Once again, this also works with the green and start buttons.

The game plays harder the same way as in Game 1, but you will start with twenty less seconds on your timer. After you beat it, you can replay it again, and it will keep repeating. Every next game you play, your timer will have another twenty seconds less. Run out of time and you will go back to playing in normal mode. 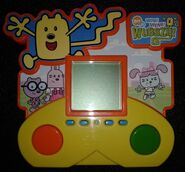 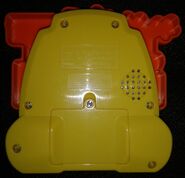 Back
Add a photo to this gallery 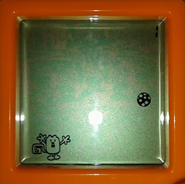 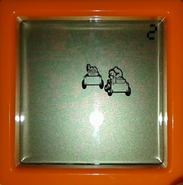 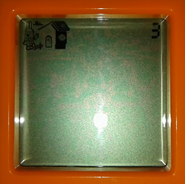 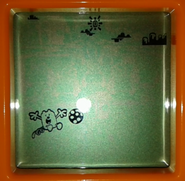 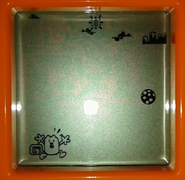 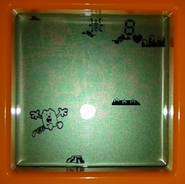 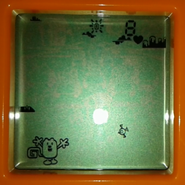 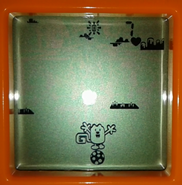 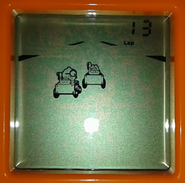 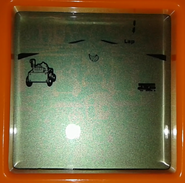 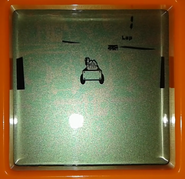 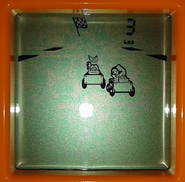 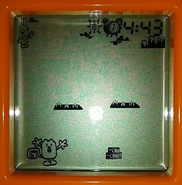 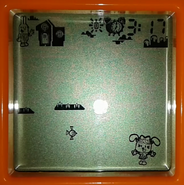 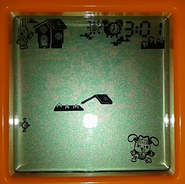 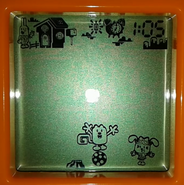 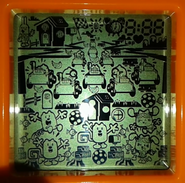 All Sprites
Add a photo to this gallery
Retrieved from "https://wubbzy.fandom.com/wiki/Electronic_Handheld_Game?oldid=60283"
Community content is available under CC-BY-SA unless otherwise noted.