Who's That Girl?
Woozy Walden
Daizy is an aqua-green dog-like creature, who lives next door to Wubbzy, her newest friend.

She debuted in the season 2 premiere, Who's That Girl?. In the episode, Wubbzy tries to befriend her, but upon seeing how girly and different she was, he found it very hard to get along with her until he learned that he should give her interests a chance and find things in common.

She loves ballet dancing, growing flowers in her garden, and playing tea party with her dolls. When something odd or exciting happens, she usually exclaims "Lavender Lollipops!" as her catchphrase. She sometimes walks on her tiptoes like a ballerina. Daizy is said to be Wubbzy's opposite, being smart, patient, graceful, and girly. 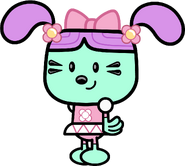 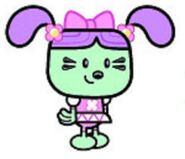 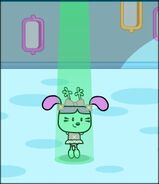 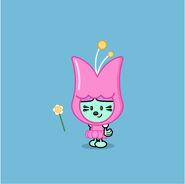 Daizy thinks that Wubbzy is in the tree 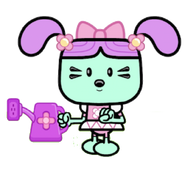 Daizy holding a watering can 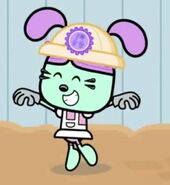 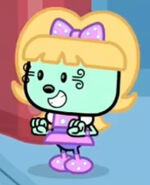 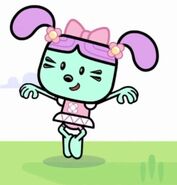 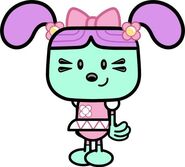 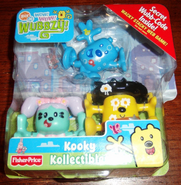 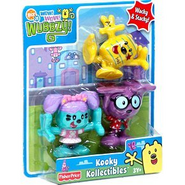